Running an orthodontic practice is no easy feat.

What you want: a practice that practically runs itself, so you can take days off, spend time with your family, and go on vacation without being chained to emails, texts, and messages from your staff.

“This isn’t that hard… can’t they just figure it out on their own?”

“Do I really need to find another front desk person or treatment coordinator?”

You care about your practice and your patients. A lot.

So, you want to help your staff and team members succeed, and also make sure they “do it right” so you don’t have to deal with cleaning up a big mess later.

But what that looks like right now is a ton of extra hours spent answering the same questions, dealing with after-office-hours administrative headaches, and digging through resumes to try to finally create your “dream team.”

When you have an office manager who knows…

You also get your life back.

Having an Office Manager you can rely on means that you can continue being an excellent orthodontist, make a great living, and show your patients unparalleled care, without sacrificing tons of quality time with your family, friends, or even yourself.

This is why we created The Office Manager Workshop. 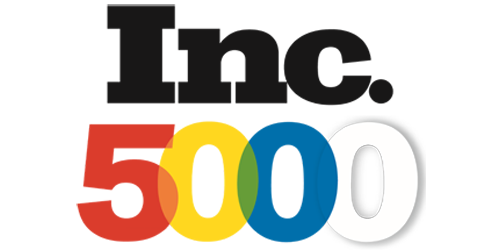 What is the Office Manager Workshop?

The support of a highly-trained Office Manager can literally change the face of your practice, which is why we created the Office Manager Workshop. Over the course of 2 days, you (and your OM) will learn the Dunn framework that’s helped tons of orthodontists grow their practice without sacrificing their freedom -- directly from two orthodontists and their office manager!

We’ll spend two full days together and you’ll have the opportunity to connect with other orthodontists from around the country!

If Courtney, Matt and Nicole’s ability to take two days away from their 4 practices to teach this workshop isn’t evidence enough of how effective these frameworks are, take a look at what previous participants have said:

"My business has definitely grown because of what I’ve learned." - Dr. Shafeena Chatur

"They’re fun. They’re honest. They’re open. You want to know numbers. They will give you numbers." – Dr. Lindsay Don

Here's what you and your Office Manager will learn:

The Role of The Office Manager:

Learn exactly what an effective office manager is and is not responsible for, how they work in tandem with the other staff-members, and maintain the smooth operation of the practice including, HR, hiring and firing, financials of the office, staffing, etc.

We’ll show you exactly what scheduling processes we use, and how a typical week and day should look if you’re running your practice efficiently.

Having a team that knows exactly what’s expected of them, day in and day out, is key to making sure everything gets done (and done right). We’ll share the leadership practices that have helped us ensure things get handled on time, all the time.

How To Successfully Delegate:

Growing a business isn’t easy, but one of the most efficient and effective strategies for any leader is knowing what to do themselves, and what to pass off or outsource. It can be hard to ask for help or clearly communicate a task (and expectations) to a team member though. We’ll cover how to do this for best success.

Checking in with your staff to review their performance helps keep them motivated and clear on what’s expected of them. We’ll cover what the key performance indicators are, and how you can build them into your job responsibilities and training from the get-go -- so from the very moment a new team member is hired, they know exactly how to meet and exceed expectations.

Giving team members feedback and documenting when they don’t meet performance standards can be tough, but this is part of the job of the office manager to make sure the practices run smoothly. You’ll learn how to do this in a structured and efficient way.

How To Effectively Hire & Train:

One of the best ways to build your office “dream team” is to make sure you’re hiring the right people in the first place and doing your part to train them to win at their job. In this unit, you’ll get our best practices for hiring and training to make the process easy on everyone.

Your practice will reflect the culture you create, and why not create a positive one to begin with? As the manager and the first “touch point” of leadership in your office, the OM will set the tone for the entire office. We teach you how to do this to create a culture that helps patients feel welcome and cared for, as well as staff.

When the OM knows how to work with treatment coordinators to support the exam and new client process, it can really help save doctor time without sacrificing revenue to the office. Your OM will learn how to handle this.

How To Get Your Team On Board:

One of the biggest hesitations to trying out new systems and restructuring how you run your practice is facing resistance from your current team. We’ll teach you how to make the transition seamlessly so everyone is on the same page and excited for the future!

"I can’t think of two more passionate, kind, wonderful human beings. I think they really do their due diligence in terms of what works and what doesn’t." - Dr. Amani Mora

"I know I am always going to go back to my practice with new ideas and tips." – Dr. Shireen Irani

Dr. Courtney Dunn is a practicing orthodontist, wife, mother of three, the Founder of Women in Orthodontics® and the Co-Founder of Dunn Orthodontics, a multi-location orthodontic practice in Phoenix, Arizona. Described as smart, ambitious, opinionated and a force of nature, Courtney has won the Milo Hellman Award, served as President of the Arizona State Orthodontic Association and been interviewed by such diverse media sources as National Public Radio (NPR) and Fox News Channel.

Originally from Phoenix, Courtney attended Loyola Marymount University and then the University of Michigan (Go Blue!) for dental school and orthodontics. After she and her husband (Matt, who is also an orthodontist) finished residency, she decided to move back home and open her own practice even though the orthodontic market in Phoenix was already saturated. A year later, the great recession decimated the real estate and job markets in Phoenix forcing nearly 100 dental and orthodontic practices in the Phoenix area out of business.

By following both proven and innovative business and marketing strategies, Dunn Orthodontics not only survived those tumultuous years, but grew to four practices. To date, Dunn Orthodontics has treated over 10,000 patients from more than 35 states including professional athletes (NFL, NBA, MLB), television personalities (ESPN), dentists, hygienists, physicians, lawyers and CEOs along with their families. Dunn Orthodontics was recently named to the Inc. 5000 Fastest-Growing Private Companies and the Phoenix Business Journal’s list of the Largest Family-Owned Businesses in the Phoenix area.

Dr. Matthew Dunn is an orthodontist, husband, father of three, and the Co-Founder of Dunn Orthodontics along with his wife, Courtney Dunn. Practical and pragmatic, Matthew attended the University of Michigan for his BS (Biology), DDS (Doctor of Dental Surgery), and MS (Orthodontics). Matthew is the recipient of both the prestigious Thomas M. Graber Award of Special Merit and the Charles Shultz Resident Scholar Award from the American Association of Orthodontists as well as the George R. Moore Memorial Award in Orthodontics, Francis B. Vedder Society Award and Comprehensive Care Award from the University of Michigan.

As a consultant and speaker, Matthew teaches his efficient business management and digital marketing strategies to orthodontists throughout the United States and Canada. He has spoken at the American Association of Orthodontists Annual Conference and the Women in Orthodontics® Conference, having the great fortune to share the stage with Olympic Gold Medalist Misty Hyman. Along with his wife, Dr. Courtney Dunn, Matthew hosts a variety of mastermind groups, workshops and in-office training events for orthodontists, office managers, marketing coordinators, and treatment coordinators.

Along with Tony Robbins, Matthew was featured in an Inc. article on entrepreneurship. He has also been published in the Progressive Orthodontist Magazine and Phoenix Business Journal and been interviewed on National Public Radio. Matthew is Past-President of the Arizona State Orthodontic Association and serves on the AzDA Services Board and as a Delegate for the Arizona Dental Association. Matthew has also been selected by his peers as one of the Top Orthodontists in Phoenix Magazine five times.

Nicole McFarlane is the Office Manager of Dunn Orthodontics and a mother of two young boys. Nicole joined the Dunn Orthodontics team in October 2014 as a Scheduling Coordinator and quickly demonstrated her leadership and business acumen. By the summer of 2015, she had accepted the role as Office Manager. Nicole now manages a very busy two-doctor, four-location practice with 25+ employees. Dunn Orthodontics was listed among the Inc. 5000 Fastest Growing Private Companies and the Phoenix Business Journal’s Largest Family-Owned Businesses.

In addition to her duties for Dunn Orthodontics, Nicole is an accomplished consultant and speaker. She is a frequent contributor at the Women in Orthodontics® Conference as well as Elite Mastermind and Alumni Mastermind events.

Where is the Office Manager Workshop?

The Office Manager Workshop will be held at the Dunn Education Center in Phoenix, AZ. Once registered, the address will be provided to you. If you’re coming from out of town, you’ll fly into Phoenix Sky Harbor Airport (PHX). There are many hotels and resorts in the area.

Want to come and explore Phoenix for a few days afterward?

There are plenty of excellent restaurants and attractions nearby!

What's included in my ticket?

Your ticket includes the entire 2-day live event, all units listed above taught over the 2 days, and breakfast and lunch on both days!

Your flight, transportation, and accommodations are not included.

We’re confident that the training provided in this workshop will help you grow your practice -- which is why we’re so excited to meet and support you!

A note from Courtney & Matthew Dunn

We understand the challenge of trying to run and grow an orthodontic practice intimately -- and we’re TWO people! We remember hitting a point when we opened our second office and hit 9 employees and just trying to manage everything was like two full-time jobs. We were working nights and weekends to keep up with all of the H.R. needs like hiring, firing, training, financials, and administrative systems and needs. Then, we opened a third office and it became immediately clear that we’d never be able to sustain our current workflow alone. After interviewing our current employees, it became clear that Nicole was the best fit for the position -- we promoted her from front desk person and met every week for 90 minutes to go over everything across all three practices. It did take work and effort to figure out and create her role and prepare her to step into it, but with her help, we’ve been able to take so much pressure and work off of ourselves -- and ultimately created a much better environment for everyone in our offices. Having Nicole handle the hiring, firing, training and financials so we can come into work and focus on being doctors has been an absolute game-changer for us -- which is why we’re so adamant about teaching other orthodontists to do this too. It’s easy to want to do it all yourself because we’re used to multi-tasking, spinning plates, and taking care of everyone all the time. But your success depends upon you having the right support in your practice. We hope you’ll take this opportunity to give your practice (and life) the upgrade it (and you) deserve.